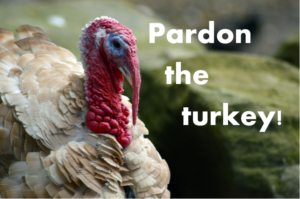 The tangy aroma of barbecue meatballs, smoked turkey, and French-onion green bean casserole wafted through the air as dinner plates were filled, one by one at the buffet line in the kitchen. We each collected our bounty of home-cooked creations and made our way to the long, extended table in the dining room.

It was a reunion of sorts. A sizeable gathering of relatives appeared at my aunt and uncle’s northern home to share a Thanksgiving meal however, the reason for our homecoming held a higher purpose.

We all had assembled on this Fall weekend from varied distances, some significant, to help my precious 90-year-old Aunt Gloria move out of her home of 30 years into a retirement apartment. I had traveled an extreme distance to visit my cousins, my uncle and my aunts . . . some I hadn’t seen in 25 years. Most importantly though, I was responding to a tugging at my heart to be of assistance to my dear aunt. To reconnect.

It had been a long time.

The crisp, outdoor breeze tossed colored leaves to and fro as we remained toasty warm inside the house, partly due to the heat emanating from a cooking kitchen.

Glasses clinked around the table and silverware gently tapped at china as faint rumblings of giggles and snickers reverberated throughout the room. Recollections of past moments and events incited contagious smiles around the table. I was sitting next to Aunt Gloria who was at one head of the table. Her eyes sparkled with laughter at the funny stories being shared. She exhibited a subtle smile however, remained completely silent. Without question there was a lot weighing on her mind as she prepared to transition to a new chapter in her life the very next day.

Plates were scraped clean in preparation of an onslaught of delectable desserts. With a swipe of a napkin at one seat, a pat on the tummy at another, and a healthy, full belly stretch from across the table, the conversation turned to Aunt Gloria.

Was she all finished packing? Did she have everything she needed for tomorrow? Was there still a lot left to be done at the house? Aunt Miller quietly smiled, with no offer of a response. My cousin piped up and stated there were several items remaining in Gloria’s house to be sorted out and a later time.

Finally, with fork in hand, Aunt Gloria straightened her back. Looking up, she broke her silence.

“You know,” she said. Her mouth turned upward into a sly grin. “There’s still a 17-pound turkey in the basement freezer.”

A profound hush dropped upon the long table as all eyes fixed their gaze to Aunt Gloria. You could almost imagine silverware being dropped, or water spewing out of someone’s mouth. We all just . . . stared. With wrinkled foreheads, in unison, we all screamed, “Whaaaat??”

“Well,” she continued. “We bought a turkey for Thanksgiving the year we moved into the house, but never ended up cooking it.”

We all froze, befuddled. My cousin tilted her head to the side, scratching her cheek.

“Yes, that’s right.” Aunt Gloria now had the command of the entire room as she continued. “We never used it, and we never did anything with it.”

As if detecting we all needed an excuse to exhale, Aunt Gloria’s face now broke into a wide smirk as she made a final declaration.

Guffaws of laughter exploded into the room. Legs stomped the floor. Hands involuntarily slapped the table. Now, a few of us finally asked the question out loud.

With the determination of the highest level of investigative sleuths, we developed contemplative theories for any possible explanations of this occurrence. Where did Tom Turkey come from? Why was he never used?

How long had that turkey been in that freezer?

Aunt Gloria, now chuckling, was happy to add her two cents to the explanation. The freezer had been purchased right she moved into the house. The turkey was obtained shortly after acquiring the freezer. The turkey was never used. Aunt Gloria has lived in that house for nearly 30 years.

You do the math.

As for the turkey? Well, even though Tom Turkey’s physical life wasn’t pardoned, he did manage to be spared from being eaten . . . for nearly 30 years.

2 thoughts on “Pardon the Turkey”